Last fall when I reached California after four days of driving, I posted on Facebook that I’d driven 1, 928 miles and not made a single wrong turn. This was, as those who know me well can attest, a significant accomplishment. It might not be hyperbole to say that I get lost nearly as often as I go out.

As a new college graduate before the days of GPS and Internet maps I learned my way around around Minneapolis and St. Paul by getting lost, often in my search for one place finding another that I would need to know within a matter of days.The ready access to GPS locations seems to make me worse at finding my way now, relying more on the unrelenting voice from my dashboard than a simple effort to pay attention to road signs and landmarks.

It’s not so terrible really, being lost. In A Field Guide to Getting Lost, Rebecca Solnit considers not only the virtue of losing oneself, but the necessity of it.

In [Walter] Benjamin’s terms, to be lost is to be fully present, and to be fully present is to be capable of being in uncertainty and mystery. And one does not get lost but loses oneself, with the implication that it is a conscious choice, a chosen surrender, a psychic state achievable through geography. That thing the nature of which is totally unknown to you is usually what you need to find, and finding it is a matter of getting lost. The word ‘lost’ comes from the Old Norse ‘los, ‘ meaning the disbanding of an army and this origin suggests soldiers falling out of formation  to go home, a truce with the wide world. I worry now that many people never disband their armies, never go beyond what they know. Advertising, alarmist news, technology, incessant busyness, and the design of public and private space conspire to make it so. (Solnit, A Field Guide to Getting Lost, pp. 6-7)

A sales clerk once lifted my child-sized body up to the counter where I sat in my winter coat and hat, red rubber overshoes dangling off my feet, and waited with me for my mother to answer the call over the department store loudspeaker to come retrieve her lost one. I imagine that I had wandered inside a clothing rack while my mother shopped and was disoriented when I emerged on the other side. I don’t recall feeling lost; it seems the clerk was more concerned than I was. I had a fondness for being under and inside things—reading under tables, sleeping inside closets and under the bed.

Perhaps I knew a little of what Virginia Woolf knew, without really knowing it, about a person’s need to lose oneself to the wide world at times. Solnit quotes from an essay by Woolf:

As we step out of the house on a fine evening between four and six, we shed the self our friends know us by and become part of that vast republican army of anonymous trampers, whose society is so agreeable after the solitude of one’s room. . . . Into each of these lives one could penetrate a little way, far enough to give one the illusion that one is not tethered to a single mind, but can put on briefly for a few minutes the bodies and minds of others.

And then there was the time in the third grade when I became detached from my friends at the nature center during a field trip. Again I’m not sure I ever even knew I was lost. I only knew that I’d been found some time later by an irritable teacher who escorted me to the bus with her class, a younger grade, and I remember the sting of being stared at by other kids who didn’t get lost and seemed to consider me like a curiosity in a zoo cage there in the seat behind the teacher all the way back to school. I remember thinking if this is what it was to be found, to be scolded by grownups and peered at by children, it wouldn’t have been so bad to stay at the nature center until dark, left alone to meander the park trails and my own thoughts.

The question then is how to get lost. Never to get lost is not to live, nor to know how to get lost brings you to destruction, and somewhere in the terra incognita in between lies a life of discovery. (Solnit, A Field Guide to Getting Lost, p. 14)

More often than not, while I may have appreciated the state of being lost—of being in a place free of the usual intrusion from that wider world—I’ve arrived there by accident. Rebecca Solnit sticks a pin on the roadmap at the place where it all begins: “You get lost out of a desire to be lost.”

Browse more Rebecca Solnit Get lost in an Artist Date 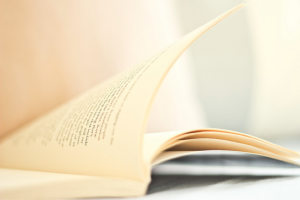 Are you waiting for your writing life to begin? Have you wondered when you’ll discover the magic formula for getting inspired, improving your skills, getting published, and being part of a real writing community?

The On Being a Writer workshop is for you, a writing workshop that will help you develop a satisfying, lasting writing life.