One of my favorite lines in our WordCandy quote-set is, “I am late for poetry.”

The mountain passes of Colorado can do that to a person: make him late for poetry, even if the journey was begun early and intentions were to arrive on time. Fortunately, the encouraging voice of Monica Sharman can also bring a person in, giving last-minute directions via phone, and soothing any nerves that may have been jangled by jack-knifed tractor trailers along the steep, curved roads past Vail.

If only there’d been more time to tour the neighborhood! Lost on the roads near The Colorado Springs School, a 110-year-old estate that was donated for use as a private educational facility, I found myself in awe at the gorgeously-crafted mansions with unusual architectures (unusual, at least, to an Easterner’s eyes).

Once inside, I was in love. Imagine studying in a place like this? 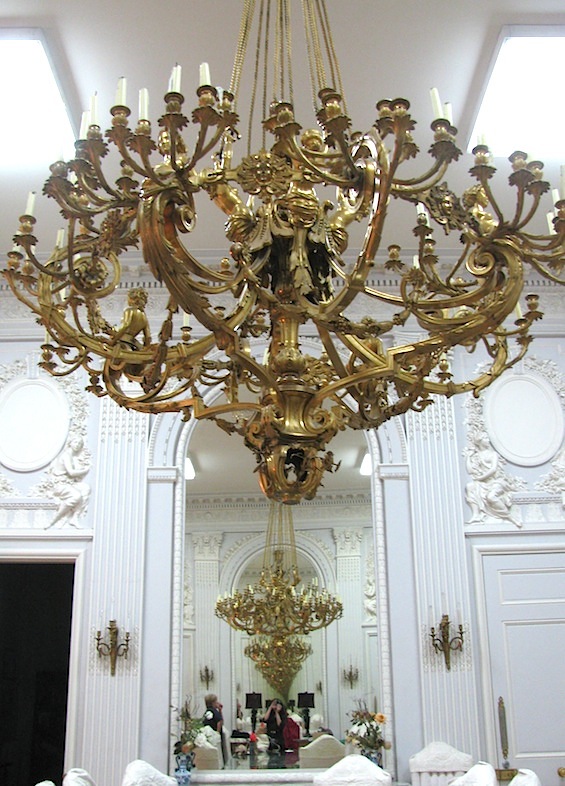 The intention had also been to serve toast and tea, the staples of any Mischief Café, but alas, there was no hot water. Not to worry. If you were one of the people sitting around this grand table, you’d still get treated to Monica’s amazing cinnamon bread (and wonder if you might convince her to mail you a weekly loaf to cheer your days back home). During the café, there would be a joke about baked-goods, so to speak, and flour, when we read Anne M. Doe Overstreet’s Resolutions. I don’t remember a mention of cinnamon at that juncture, but the spice of laughter filled the room, as one student teased another and ended up sharing the private joke (which shall remain private now, as many things must when reporting later on a group’s particular time together).

The group was lively, poetry-loving (although not all sonnet-loving), happy to read aloud, smart, and maybe best of all…mischievous. Each person brought a “mischief item, ” as requested. So, between Sarah, Andrea, Laney, Bridget, Jahan, and teacher Amy Johnson-Smith, there was a poison water bottle, a ukulele, a red Swedish horse, a hand-decorated skull, and an orange pompom that had been used to unseat the porcelain by mischief cat Purr-sephone.

Altogether, it was a marvelous group. Yes, I would brave the heights of Vail again for a such a warming poetry experience. Proof the yeast by mixing:

Mix and cover. A few minutes later, the mixture should be frothy.

1. Cover and let rise 30-60 min.
2. Roll half the dough into a thin rectangle.
3. Spread generously with honey butter (see below).
4. Sprinkle some sugar over the rectangle.
5. Sprinkle liberally with cinnamon (at least 2 Tbsp).
6. Use a butter knife or frosting knife to evenly spread the honey butter, sugar, and cinnamon over the rectangle.
7. Roll the loaf and turn so last part of roll is face down.
8. Place the loaf on a buttered baking sheet.
9. Repeat with other half of dough.
10. Let rise 30 minutes.
11. Bake 30 minutes at 350 degrees F. (Optional: brush with milk before the last 10 minutes of baking.)