If a person travels along the general route of what was once the Oregon-California Trail (I recommend taking the paved highways and not the deep-rutted trails left by thousands upon thousands of wagon wheels carting over 500, 000 pioneers in search of a future in the untamed West), right about the time he senses the need to get out and stretch his legs (about midway between Casper and Rawlins on what is the great, unending expanse that is Wyoming) he’ll see a massive rock formation described by one pioneer as an “enormous whale.”

According to those who understand how these things happen (without the benefit of having been there to observe it over countless millennia), this highly-polished outcropping of feldspar and mica was formed by a process of exfoliation. The stone was first exposed by erosion. Then, free from the intense pressure of the surrounding earth, it expanded—puffed out its chest, so to speak—and “shed its surface layers like an onion, “ dispensing with its granite exterior to reveal a round, whale-like shape. Once exposed, with nothing to break the elements, its surface was subjected to “wind faceting, ” blasted mercilessly by silt and sand year after year to the cumulative effect of being polished to a fine sheen. 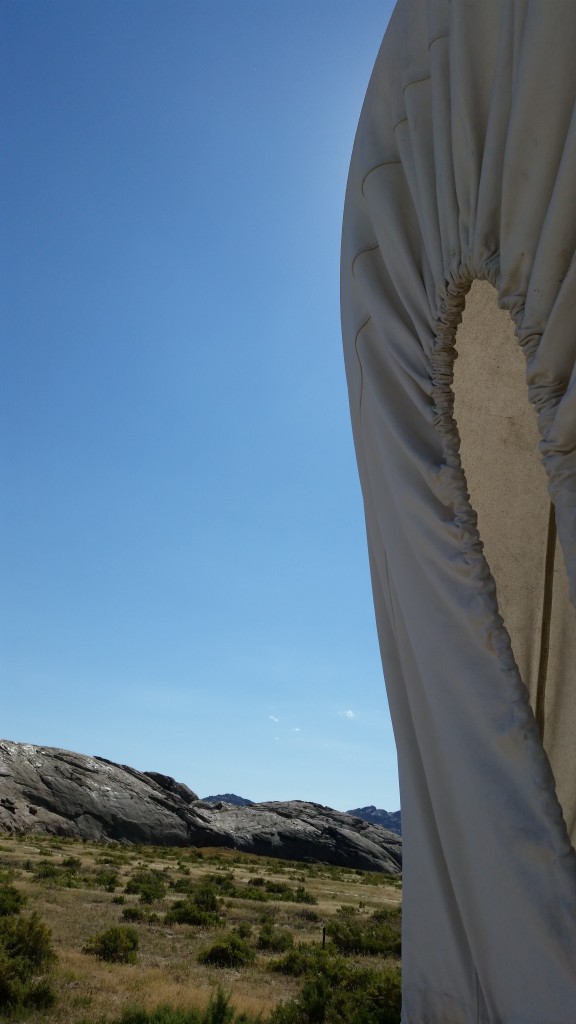 These pioneers braved innumerable dangers, among the worst of which was disease on this desolate trail days or weeks away from medical care and any semblance of civilization. Travelers who died on the journey were often buried on the trail, where departing wagons and livestock would rumble over and pack the fresh grave in a needful sacrilege, securing the tomb and erasing the scent. But they also braved hazards unique to travel by covered wagon: drowning (wagons often tipped while crossing rivers), loss of supplies (wagons were also prone to tip while traversing steep and sharp-curved mountain passes), being trampled by livestock or run over by wagon wheels (tipping wagons tend to eject their passengers).  Despite the dangers (it is estimated that 20, 000 died en route, “an average of ten graves per mile”) they went, by the hundreds of thousands, in search of the independence their destination (if not the journey itself) promised.

It was common practice for various wagon trains to set out at the same time, planning their trips to maximize spring grasses on their arrival, but avoid winter’s worst offerings in the mountains. If a group was on pace, they’d arrive at Independence Rock on the Fourth of July.

I tend to think of the pioneers as a somber lot, facing the gravity of their circumstance with appropriate sensibility and melancholy, but as the story goes, the weary travelers would celebrate at the rock with “sounds of gunfire, boisterous drinking and patriotic oration.”

[Tweet “Pioneers made their marks—a rock-solid insistence on their very existence—on Independence Rock.”]

And in days long before graffiti, even longer before the endless memorializing of ourselves and our moments on Facebook and Twitter, these sojourners made their marks, carving their names—a rock-solid insistence on their very existence and in their way, triumph—on Independence Rock, such that in 1840 Father Peter J. DeSmet named the place “The Register of the Desert.” 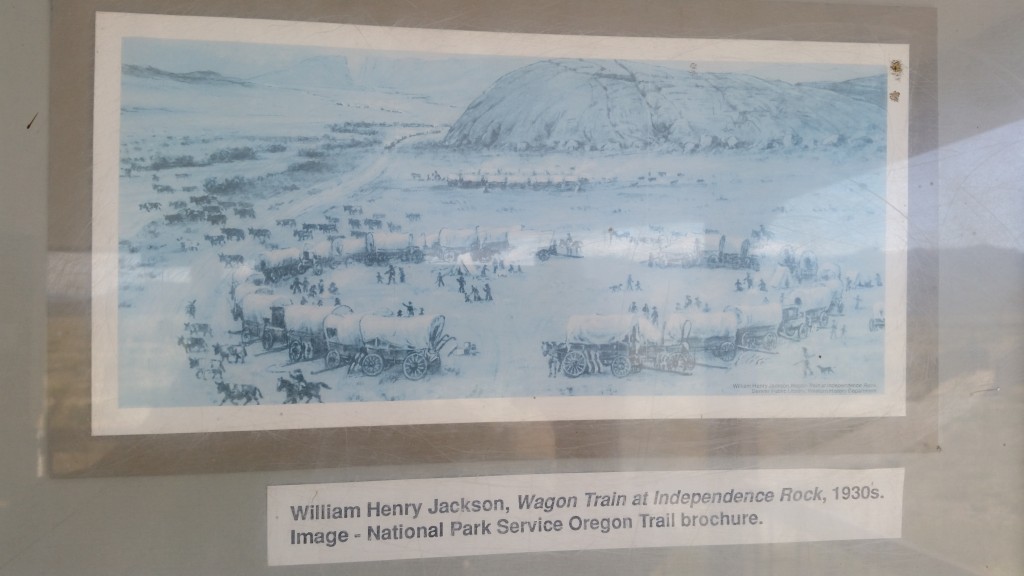 As a contemporary traveler, a person could find himself on a journey toward independence similar to that of the early settlers to the West, stripped of possessions and family and some days all hope, or like Independence Rock itself, stripped of its seeming protective granite layers and expanding into its new shape. Vandals in Wyoming may be treated harshly, so it is advisable to refrain from marking your name alongside that of a pioneer from 1848. But wherever you find yourself in your particular journey, you might find a place to puff out your chest and etch an insistence of yourself.