My mouth is duct-taped closed. It’s not just any duct-tape that has been roughly applied to my mouth. It’s a heavy-duty silver variety that is ribbed for extra strength and hold. It’s going to hurt when it’s pulled off. For sure.

I’m sitting in the principle’s office and the secretary is calling my mom. I am not in the least bit worried. My mom will defend me. In fact, she might even duct-tape the teacher up instead.

All goes according to plan. Mrs Jordaan walks wide berths around me from then on. She’s had a mouthful and more from my enraged mother.

My wrongdoing: I asked too many questions. 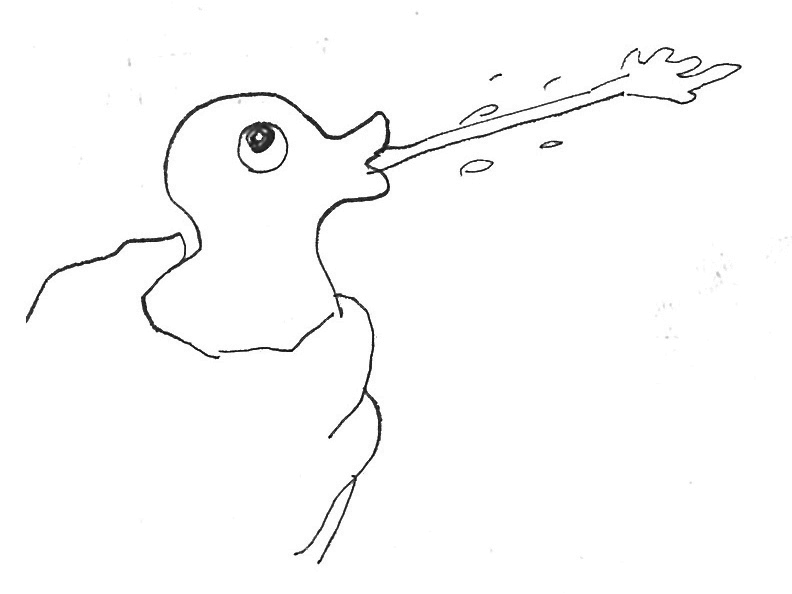 You see, in Apartheid South Africa there are three distinct groups of people: White Afrikaans people, White English people, and all the rest that aren’t classified. I grow up smack in the middle of the two white groupings. My mother is Afrikaans. My father is English. This reality is as harsh as Apartheid itself. The English whites detest the Afrikaans white way and the Afrikaans whites loathe the English whites. So although I hold a passport and move freely around my country, unlike my African mama who carries me around on her back while she cleans our house, I am looked upon by my Afrikaans family as a traitor and by my English friends as a half breed with a distinct English-Afrikaans accent. My mom’s brothers call my father a “rooinek”. My aunt’s, uncle’s and cousins on my mother’s side call me a brat. For one simple reason: I ask questions. Lots of them. And, I ask adults, not only my fellow playmates. I get this from the English side of my upbringing: the side that believes in freedom of the broader kind, not the freedom of segregation.

Honoring Questions as Part of Creativity

My parents decided when they got married that they would have an English home but that I would be sent to an Afrikaans primary school so that I could learn the language. Being raised English included the freedom to ask questions, many of them; the ability to be a child but to participate in adult conversation by listening and contributing; the choice to take a stand on a matter, even if that stand differed from my parents; the freedom to question decisions to get to the bottom of the why; the ability to understand motive and question it.

My parents wanted a bilingual child who understood and honoured both the cultures of her history. But honouring is a tricky matter because inevitably you have to choose, which means something or someone is not honoured in ways they perceive to be honouring.

I chose to honour questions. I chose to dishonour silent acceptance because an adult said so.

Choosing to honour questions is one of the things bold people do. Elizabeth Marshall recently asked me in an interview about Spin, my book on developing creativity, whether or not boldness was a kind of sub-plot to the book and my immediate answer is Yes! Boldness is essential in the creative’s toolkit. Boldness calls for response, which is a way to wake people up. And that, I believe is the calling of the creative.

David Dark in his book The Sacredness of Questioning Everything writes:

I believe deliverance begins with questions. It begins with people who love questions, people who live with questions and by questions, people who feel a deep joy when good questions are asked. When we meet these people – some living, some through history and art – things begin to change. Something is let loose. When we’re exposed to the liveliness of holding everything up to the light of good questions – what I call “sacred questioning” – we discover that redemption is creeping into the way we think, believe and see the world. This re-deeming (re-valuing) of what we’ve made of our lives, a redemption that perhaps begins with the insertion of a question mark beside whatever feels final and absolute and beyond questioning, gives our souls a bit of elbow room, a space in which to breathe and imagine again, as if for the first time.

Rip off the duct-tape. May the questions pour forth.

Your creativity needs it.

Illustration by Brian Dixon. Used with permission. Photos and post by Claire Burge author of Spin: Taking Your Creativity to the Nth Degree. Get inside the process of a productivity expert who understands both the mysterious and technical natures of creativity. Lively memoir reveals the mystery, while numerous exercises and helpful lists like “12 Ways of Capturing Creativity on the Go” make creativity something you can decide to structure for specific outcomes.

Buy Spin: Taking Your Creativity to the Nth Degree now