We spend a lot of time on Twitter. (We’re Tweetspeak Poetry, right?) In fact, we figure we read thousands of tweets every month. One of the things poetry and Twitter have in common (when done well) is an economy of words. Sometimes, it so happens we read a tweet and say to ourselves, “That’s poetry.” Maybe it’s not a poem, but it’s a poetic thing. A way of using words well.

We want to take notice.

Here are ten of the best poetic tweets we’ve seen in the last few weeks:

Writing a poem a day is a bit like hitting one’s head with a hammer. A bit of pain, a bit of blood, a bit of light shining through.

A single Parking Attendant Bird waits, almost invisible against the brickwork, for his potential victim to pause, even for a moment.

There’s no coffee on Mars, but if I press my dirt scoop to my rad detector I get a little shock that kinda has the same effect.

You there, hot fudge brownie with a cap of ice cream, smugly sitting on white plate. Come here, my precious.

Being a successful writer takes more than just desire. It takes setting oneself on fire, not waiting for a blaze to develop.

Parting words with the woman I sat next to on the plane: “Bye, have a nice life!” Her: “Thanks! Go kick ass in the world!” #benedictions

@msamykey @Selected_Poems It’s all about the poems, natch, but you know, her face bends cutlery. — Jack Underwood (@underwood_jack) August 14, 2013

It’s clear from the singing outside this morning that some birds like rain. — ScottEdwardAnderson (@greenskeptic) August 27, 2013 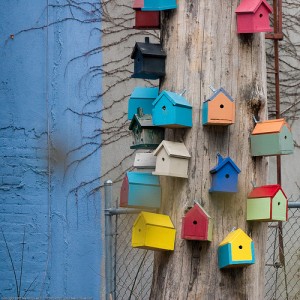 It works like this: @tspoetry provides the prompt — an idea, a line of poetry, even a tabloid headline. You write a few lines of poetry in response to the prompt and then play off the other participants’ lines, working within the 140-character limit — just make sure each tweet includes the hashtag — #tsptry. That way, we can find your contributions.

It’s a good idea to follow @tspoetry,  and the best way to make sure you include the hashtag and see everyone’s tweets as they are tweeted, is to sign in to our @tspoetry Tweetchat room.

Many of the tweets from the Twitter Party will be assembled into larger Twitter poems that may be featured in Every Day Poems and right here on Tweetspeak. If your lines are featured, you’ll get credit and links as a co-author, too.