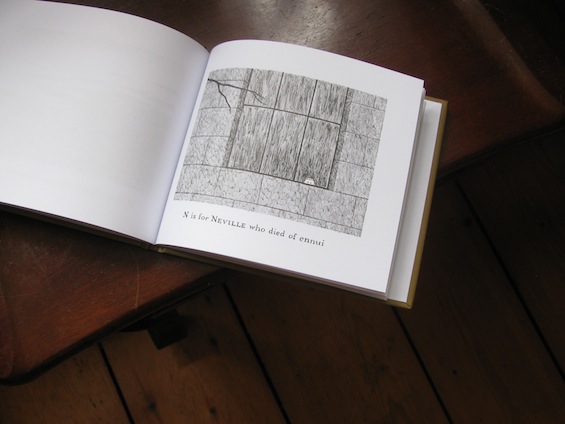 A rainy day on Cape Cod is a perfect day to skip the beach and visit the Edward Gorey House in Yarmouth, Massachusetts

Packed full of life-sized cutouts of the beloved artist and author’s quirky pen-and-ink illustrations and memorabilia, the house-turned-museum is a delightful trip into the mind and vision of Edward Gorey. The illustrator (who was also a playwright and costume designer) purchased the 200-year-old sea captain’s house in 1979. I should note it was the house that was 200 years old, not the sea captain. At least not a living sea captain. Though with this house it could be hard to tell.

Edward Gorey, who died in 2000, is known for over 100 works including The Gashlycrumb Tinies,  a series of alphabetical rhyming couplets chronicling the demise of 16 children. He also had illustrations in The New Yorker and New York Times, designed the sets of Bram Stoker’s Dracula on Broadway, and created illustrations for books by authors from Charles Dickens to Edward Lear to Virginia Woolf.

Can’t make it to Cape Cod yet this summer? Enjoy our photo tour of the Edward Gorey House. We do recommend you avoid the back stairs and stay clear of the windows. Just in case. 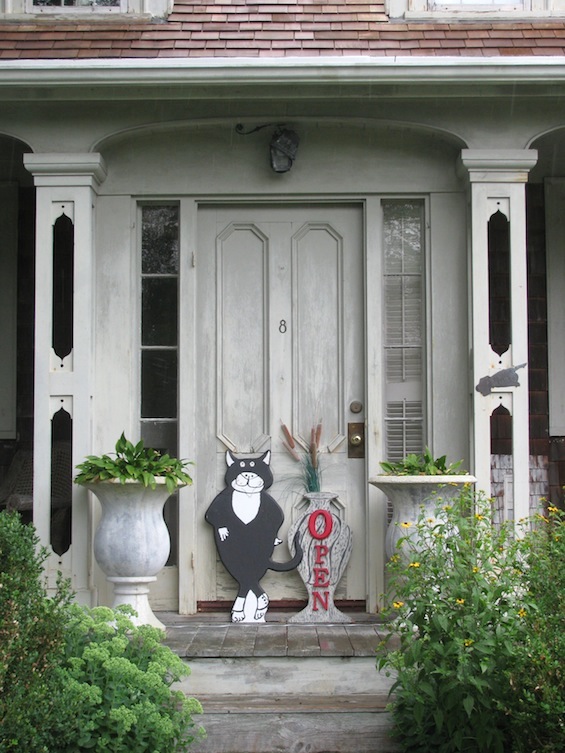 Gorey’s V.W. Rabbit had personalized plates bearing one of his pseudonyms, Ogdred Weary, the pen name under which he wrote The Curious Sofa, a book some might find to be mildly naughty. 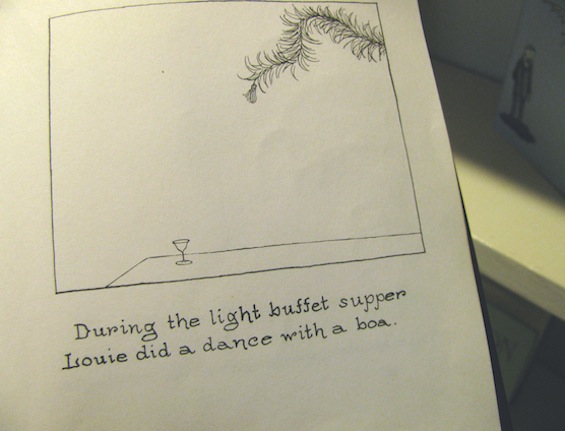 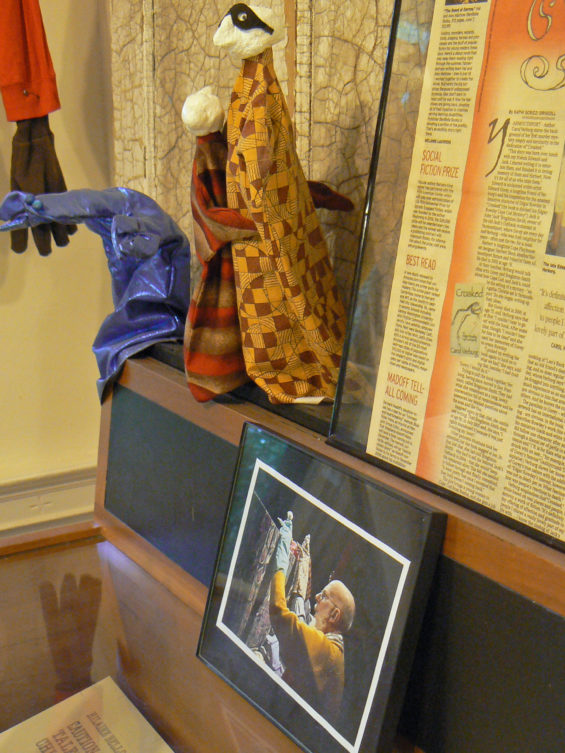 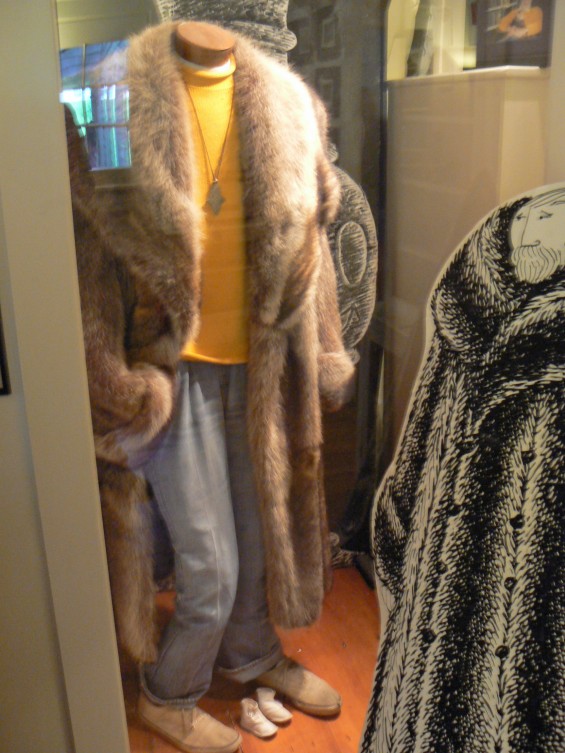 Well known for his passion for animals and animal welfare, Edward Gorey was also known to wear this full-length fur coat until around the mid-1980s when, according to the museum literature, he faced a “moment of truth” that wearing them “was no longer in keeping with his philosophy of supporting animal welfare.” He put all of his coats in storage at that time, but the the image lives on in many of his drawings. Photos by L.L. Barkat, author of The Novelist: A Novella. Additional photos and post by LW Lindquist.