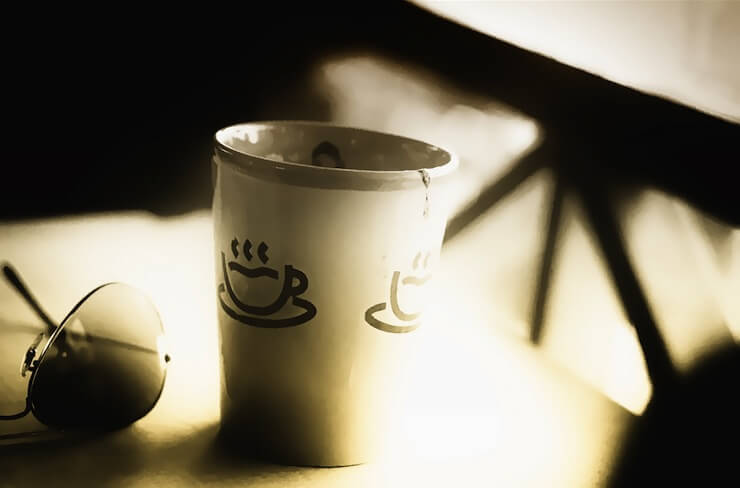 Enjoy These 10 Great Poems About Work!

Need a few poems to read for Poetry at Work Day, or any day at all? Check out these 10 great poems about work. Then maybe write a few of your own.

I hear America singing, the varied carols I hear,
Those of mechanics, each one singing his as it should be blithe and strong,
The carpenter singing his as he measures his plank or beam,
The mason singing his as he makes ready for work, or leaves off work,
The boatman singing what belongs to him in his boat, the deckhand
singing on the steamboat deck,
The shoemaker singing as he sits on his bench, the hatter singing as he stands,
The wood-cutter’s song, the ploughboy’s on his way in the morning, or
at noon intermission or at sundown,
The delicious singing of the mother, or of the young wife at work, or of
the girl sewing or washing,
Each singing what belongs to him or her and to none else,
The day what belongs to the day—at night the party of young fellows,
robust, friendly,
Singing with open mouths their strong melodious songs.

Stares at the corner where
two glass walls meet, almost
the exact point where the sun
sets, caught in the rise
of his people asking, probing
how and more and the descent
of his own boss seeking cuts.
He chooses the way
he’s been taught, looking
upward, knowing there’s little
reward in the daily, where
life is.

The florist reads faces, reaches into the mouths of customers.
Turns curled tongues into rose petals,

teeth clinking against one another into baby’s breath.
She selects a cut bloom, a bit of leaf,

lays stem alongside of stem, as if building a wrist
from the inside. She binds them

when the message is right, and sighs at the pleasure
of her profession. Her trade:

to wrangle intensity, to gather blooms and say, here,
these do not grow together

but in this new arrangement is language. The florist
hands you a bouquet

yanked from your head, the things you could not say
with your ordinary voice.

I tie my Hat—I crease my Shawl—
Life’s little duties do—precisely
As the very least
Were infinite—to me—
—Emily Dickinson, #443

My mother’s mother, widowed very young
of her first love, and of that love’s first fruit,
moved through her father’s farm, her country tongue
and country heart anaesthetized and mute
with labor. So her kind was taught to do—
“Find work, ” she would reply to every grief—
and her one dictum, whether false or true,
tolled heavy with her passionate belief.
Widowed again, with children, in her prime,
she spoke so little it was hard to bear
so much composure, such a truce with time
spent in the lifelong practice of despair.
But I recall her floors, scrubbed white as bone,
her dishes, and how painfully they shone.

She is always asking
for more.
More hours making words,
more days finding
the things she loves—
people, art, a good font.
But she gives me
chocolates.
How can I say
no?

6 • The Dignity of Ushers

Their authority did not unfold
from ironed white shirts and thin ties
or from the funereal seriousness that struck
their acne-splashed faces but because
they stood heir to our native faith in light.

So we followed the thin white waver
of beams they pointed down aisles
to seats we never thought of refusing.
It was the first job I wanted,
especially after birthday outings

far from home showed me the glowing
outfits worn by big-city ushers, their get-ups
a blend of doorman and military dictator,
as gaudy and fine as the plots
of movies my Saturdays were swallowed by.

None of us knew, as they took us
into the artificial light of the cinema,
that they walked the path of the pin setter,
the blacksmith or elevator operator,
professions reduced to curiosity

by wandering time. Only in the quick steps
of floor salesmen, the slim backs of hostesses
bringing us to our tables, do they remain,
the artful flutters of their flashlights lost
in dark we are left to find our own way through.

The overseer of meats
at Mehlman’s Cafeteria

would plate a slice of meatloaf
when he saw my brother in line.

When the angry woman in the wheelchair
sends back her eggs on Christmas Eve,

cracks two in a bowl, takes
the whisk from the cook

and beats ’til fluffy, teaching,
“This is how she likes them.”

— Laura Lynn Brown, author of Everything That Makes You Mom

8 • The Beauty of a Strip Mall

is the beauty of a minor
dream turned quietly
aside at the end of the day,
the beauty of the small,
impossible ledgers recording
hope against subtraction and finally
closed with a sigh.

Every unremarkable donut shop
is somebody’s act of faith,
and somewhere between almost and
never quite, in the last miles
of aging neon and plastic
backlit signage, here
too is poetry, where the books
will someday be balanced and the future
is always a bargain, everything
ninety-nine cents.

Boiled until they slipped their skins,
the peaches slid down, then rolled
along the conveyor belt to the splitter

and on to me, una gringa loca, a pitter.
I grabbed, gouged, grabbed again. Hot
wafts of syrup made skin sticky, gluing

hair nets to hair, but unable to seal
earplugs from the din of six hundred
thousand jerking cans of tin. Truckloads

of green grapes tumbled through shoots
as cherries churned in vats of gruesome
dye. We women all wore white and stood

on the wet floor for eight hours or more,
ankles swelling over our orthopedic
shoes. Still, after decades of a better

life, I miss that moment when the dawn shafts
pierced steam, when a certain slant of light
gave drudgery such a celestial gleam.

Crawford looks at his hands with their knuckles like tectonic
plates, cradling a seeping globe that encloses

the Pyramids of Giza. Like his wife’s breast
and the frayed head of the old retriever. So much

the same, how they fit within his palm. In a glass
cupola, vees of geese tilt north past New York City,

the Peace Arch and hula girls sway in a slurried snow.
They all come to him here; every dreamt destination,

every journey’s souvenir lies unwrapped, nested in
a newspaper from Poughkeepsie or brown parchment.

What a woman wants to preserve of the grotto at the Bay
of Conca Dei Marini rests in a tangle of pliers and glue,

tubes of glitter in gold, silver, and the occasional blue.
He knows something of purity’s formula, can mix up water

sweet enough not to cloud or green. He examines a curve
for imperfection, a flaw like a mar on a peach that needs

the tender knife. And although this particular day he enters
the workshop more slowly, and cups heat first in a fist

to limber up stiff joints, he recalls well enough
similar evenings when the light was going, when she waited

for him to finish. How her voice traveled across the field
as she called him home for dinner. They spoke of Paris

at the orchard gate. He stretches tendons for the delicate
work of repair, heaven’s dome fixed securely above.

More Resources on Poetry and Work