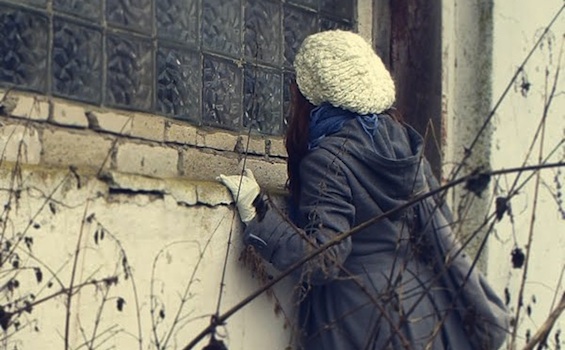 My journey into poetry began thirty years ago in a Santa Monica apartment with three swinging singles.

Like all good little Gen-X girls of the late 70s and early 80s, I entertained myself with television while my parents were off doing who knows what. And I found my inspiration in the wonderfully poetic Three’s Company.

I didn’t quite understand the complexities of landlord/tenant relationships, sexual politics, or marital sexual dysfunction at the age of seven, but when Jack, Chrissy, Janet, and the Ropers (and later Mr. Furley and the “other” Chrissy’s) spoke, something magical happened. I didn’t get the innuendo, but I knew these characters’ words almost always held multiple meanings and had the power to alter perception in strangely compelling ways. All I had to do was watch Mr. Furley’s eyes:

Jack: OK Chrissy, I’ll get in the tub with you then we can get it on.

Chrissy: Give that to me so I can show you what to do.

Jack: This isn’t exactly the first time I’ve ever done this.

Chrissy: Maybe so, but girls are better at it then boys.

Jack: Come on Chrissy, a little less talk and a little more action.

Chrissy: Okay, you do your part and I’ll do mine [Looks at shower
curtain] I don’t think it’ll reach!

Jack: Of course not! You have to unfold it first!

All right, so maybe my watching this show as a braided second-grader marks a dark time in my moral upbringing. But something about Three’s Company sparked my desire to use language to create tension and elicit laughter on my own. So I began to write. A lot.

My first story involves a koala bear, rabbit and squirrel who–you guessed it–room together. The three animals purchase a lighting fixture for their dining room, a Tiffany of sorts, and fight over how to install it. Writing this story stunned me. How much power I had to imagine their conflict! To wield exclamation points and color their despairing, floppy ears! Then, even more thrilling, to bring them back together again over a conciliatory meal of Cap’n Crunch. I did that. Little me. The girl who didn’t even pick out her own outfits for school.

I wrote series of stories about humanoid animals and their hijinks throughout my childhood before transitioning into playwriting and screenwriting as a teen. (I did, after all, live in southern California like my friends at the Regal Beagle.) Finally, in college, I landed on poetry as my main genre. I had begun to realize that my characters and plots were fading as I increased my attention to the words themselves, to the pictures and metaphors they created, to my ability to create understanding–or misunderstanding–with a carefully crafted phrase. And while I often wonder what would have happened I stuck it out with screenwriting–my own hit show?–I know poetry is where I’m meant to be. I just can’t escape it.

So come and knock on my door, poetry. As always, I’ll be waiting for you.

Photo by Tara Bethune-Leamen, Creative Commons, via Flickr. Post by Tania Runyan, author of How to Read a Poem: Based on the Billy Collins Poem “Introduction to Poetry”.