The Sorrow of Love

The quarrel of the sparrows in the eaves,
The full round moon and the star-laden sky,
And the loud song of the ever-singing leaves,
Had hid away earth’s old and weary cry.

And now the sparrows warring in the eaves,
The curd-pale moon, the white stars in the sky,
And the loud chaunting of the unquiet leaves,
Are shaken with earth’s old and weary cry.

Enjoy Artistic Representations of “The Sorrow of Love” by WB Yeats 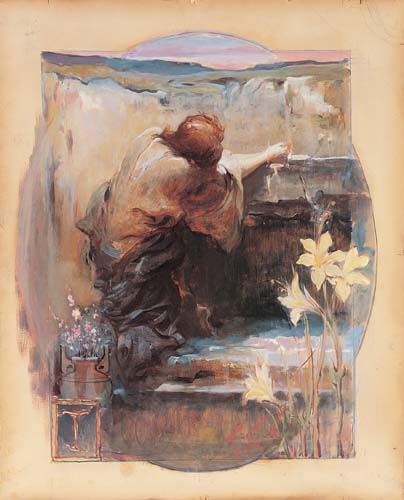 Listen to this Reading of “The Sorrow of Love”

That’s it for The Sorrow of Love!