Four Seasons fill the measure of the year;
There are four seasons in the mind of man:
He has his lusty Spring, when fancy clear
Takes in all beauty with an easy span:
He has his Summer, when luxuriously
Spring’s honied cud of youthful thought he loves
To ruminate, and by such dreaming high
Is nearest unto heaven: quiet coves
His soul has in its Autumn, when his wings
He furleth close; contented so to look
On mists in idleness—to let fair things
Pass by unheeded as a threshold brook.
He has his Winter too of pale misfeature,
Or else he would forego his mortal nature.

Enjoy Artistic Representations of “The Human Seasons” by John Keats 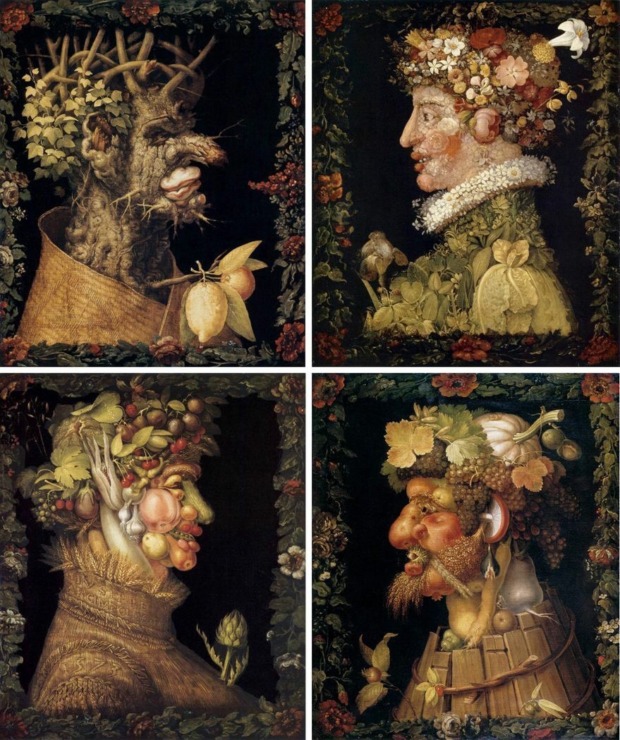 The four seasons,
The series of 1563 by Giuseppe Arcimboldo. The Four Seasons, Allegory of Autumn by Nicolaes Berchem, 1675.

Listen to Readings of “The Human Seasons”

Enjoyed The Human Seasons by John Keats and want to know more about Keats’ life? Try A Month With Keats: A Walk Into His Life

That’s it for The Human Seasons!