Over the Hill and Over the Dale

Over the hill and over the dale,
And over the bourn to Dawlish —
Where gingerbread wives have a scanty sale
And gingerbread nuts are smallish.
Rantipole Betty she ran down a hill
And kicked up her petticoats fairly;
Says I’ll be Jack if you will be Gill —
So she sat on the grass debonairly.
Here’s somebody coming, here’s somebody coming!
Says I ’tis the wind at a parley;
So without any fuss any hawing and humming
She lay on the grass debonairly.
Here’s somebody here and here’s somebody there!
Says I hold your tongue you young Gipsey;
So she held her tongue and lay plump and fair
And dead as a Venus tipsy.
O who wouldn’t hie to Dawlish fair,
O who wouldn’t stop in a Meadow,
O who would not rumple the daisies there
And make the wild fern for a bed do! 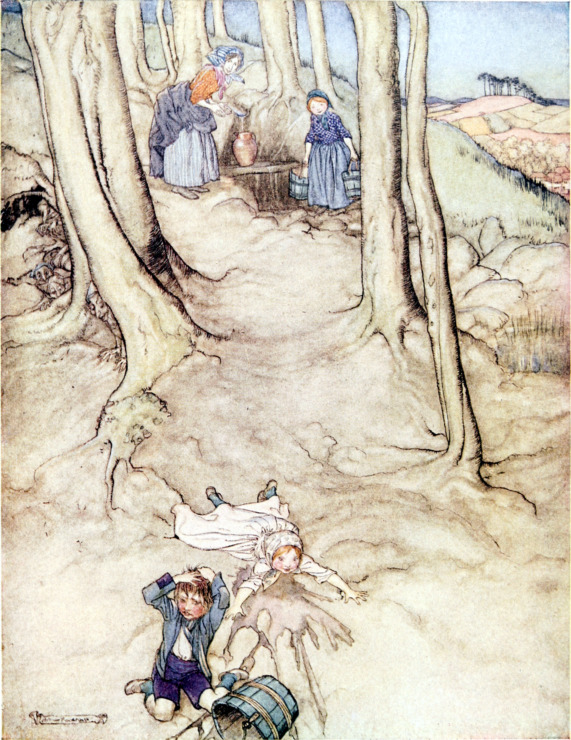 Enjoyed Over the Hill and Over the Dale by John Keats and want to know more about Keats’ life? Try A Month With Keats: A Walk Into His Life

That’s it for Over the Hill and Over the Dale!