The Thunderer grasp’d and grasp’d,
The Thunderer frown’d and frown’d;
The eagle’s feathery mane
For wrath became stiffen’d—the sound
Of breeding thunder
Went drowsily under,
Muttering to be unbound.
O why didst thou pity, and beg for a worm?
Why touch thy soft lute
Till the thunder was mute,
Why was I not crush’d—such a pitiful germ?
O Delphic Apollo!

The Pleiades were up,
Watching the silent air;
The seeds and roots in Earth
Were swelling for summer fare;
The Ocean, its neighbour,
Was at his old labour,
When, who—who did dare
To tie for a moment, thy plant round his brow,
And grin and look proudly,
And blaspheme so loudly,
And live for that honour, to stoop to thee now?
O Delphic Apollo!

Enjoy Artistic Representations of “Hymn to Apollo” by John Keats 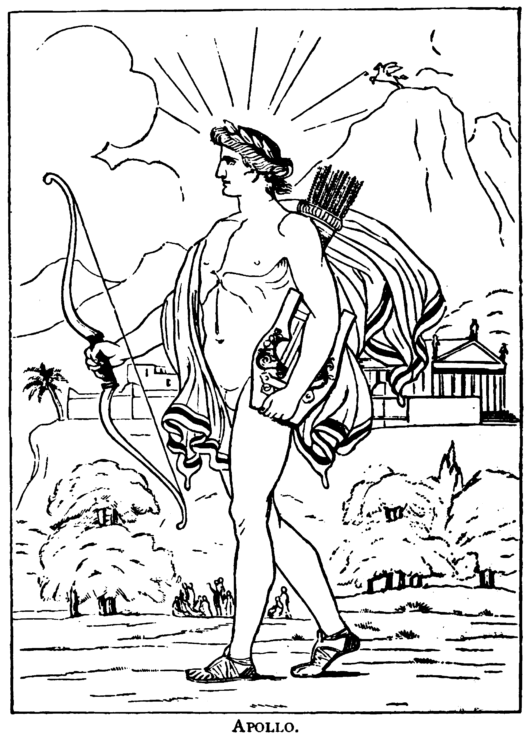 Listen to this Reading of “Hymn to Apollo”

Listen to Musical Interpretations of “Hymn to Apollo” by John Keats

Enjoyed Hymn to Apollo by John Keats and want to know more about Keats’ life? Try A Month With Keats: A Walk Into His Life

That’s it for Hymn to Apollo!