Do Not Go Gentle into that Good Night

“Do not go gentle into that good night,
Old age should burn and rave at close of day;
Rage, rage against the dying of the light…”

—Dylan Thomas, excerpt of the poem 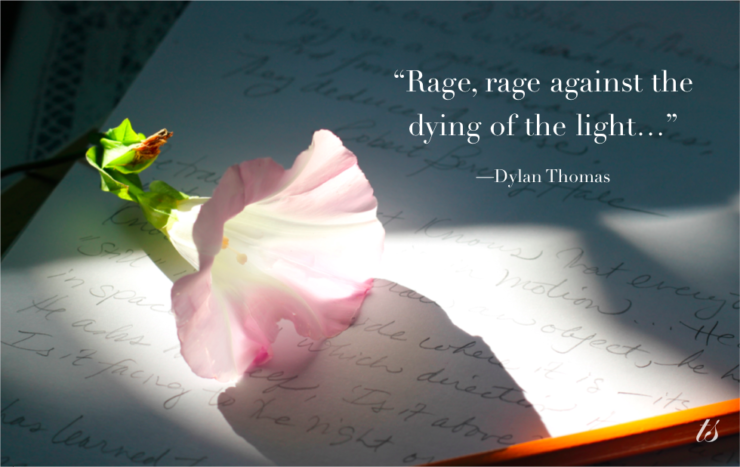 Born in Wales on October 27, 1914, Dylan Thomas was the son of a seamstress and a teacher. His name, Dylan, means “son of the sea” and he eventually did cross the sea to visit America, where he cemented his fame more as a voice than a writer. Though he never did find it easy to make a living as a writer, many of his poems were already published while he was a teenager. Thomas, who suffered frequently with bronchial difficulties, died young at age 39 in New York City. Read more about Dylan Thomas, here.