Bright star! would I were steadfast as thou art—
Not in lone splendour hung aloft the night,
And watching, with eternal lids apart,
Like Nature’s patient sleepless Eremite,
The moving waters at their priestlike task
Of pure ablution round earth’s human shores,
Or gazing on the new soft fallen mask
Of snow upon the mountains and the moors—
No—yet still steadfast, still unchangeable,
Pillow’d upon my fair love’s ripening breast,
To feel for ever its soft fall and swell,
Awake for ever in a sweet unrest,
Still, still to hear her tender-taken breath,
And so live ever—or else swoon to death. 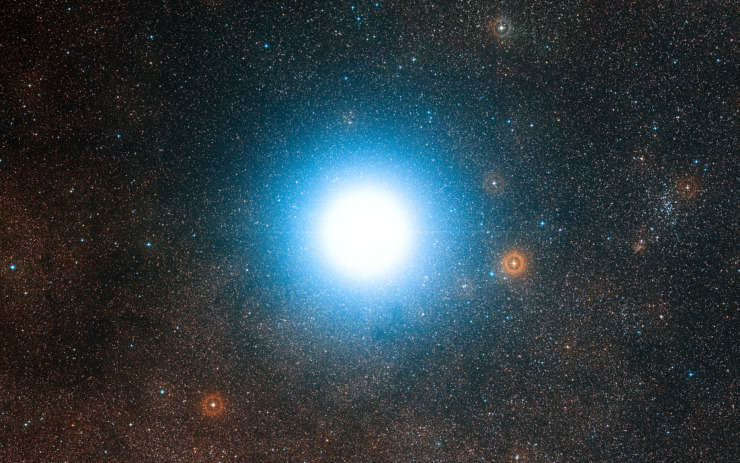 This wide-field view of the sky around the bright star Alpha Centauri (closest star to our solar system) was created from photographic images forming part of the Digitized Sky Survey 2. Photo from 12 October 2013. Listen to Readings of “Bright Star”

Listen to Musical Interpretations of “Bright Star” by John Keats

Enjoyed A Galloway Song by John Keats and want to know more about Keats’ life? Try A Month With Keats: A Walk Into His Life

That’s it for A Galloway Song!